Implementation of dynamic host with Bastion/Jump server as a gateway is a tedious task for new devops engineer, But once you will achieve the task, it will become easy and simple for deployment on any cloud server.

Recently, I have done implementing on AWS, with ansible for code deployment and terraform for resource creation, along with that I have created a groovy pipeline for complete CI/CD on Jenkins.

While implementation, I faced several problems in the dynamic host configurations and managing bastion host with fixed public IP, so I thought of sharing my idea to those who are doing it for the first time.

The key point you need to consider while creating a configuration for the Bastion/Jump server are;

1) you need to create “config” file in the ~/.ssh folder from where ssh configuration file usually loaded during ssh.

here, “{{ansible_playbook_path}}” will be the path of your folder where you have created the config file.

It contains the proxy configuration which will create a tunnel from your webserver to workstation through Bastion/jump server.

so, for that you need to put below lines in a config file to work;

Once you will be done with the above configuration, you are all set to run your playbook from bastion host/Jump server.

**Tweaks: Once you are done, the first time when you will connect to the webserver, it will work properly, But sometime it will start popping up an error message, in that scenario you need to truncate the known_hosts. for that you can pass;

**Note: The above tweaks are for those whose instance keep on changing but the IP’s remain the same.

For the implementation of dynamic inventory you need to download the below file;

So, now create one file in “ansible-playbook” folder with name inventory and paste both the file in the above folder.

Edit the ansible.cfg file again and paste the below snippet of code;

After pasting the above code your default static inventory will change into dynamic inventory.

For the test run the below command from inventory folder you have created above;

you will see all the resources of AWS from your account, the thing you need to consider is how “tag name” is given there, for example, you have one server on AWS with “tag name” ‘test’ so, you need to pass “tag name” as below while running ansible playbook,

Now run you ansible-playbook command as below;

***The above command contain certain parameter as;

So, now when you will launch any ubuntu server on AWS and for the first time you are running the ansible -playbook on it, you will get an error because Ubuntu now comes with pre-installed python3, not python2, and by default, ansible run on python2 so you need to specify the python3 interpreter.

About vault file my suggestion is to create file “auth.yml” with;

and encrypt it with the below command;

whatsoever the password you have created paste it in

and now use the above “ansible-playbook” command for safe operations. 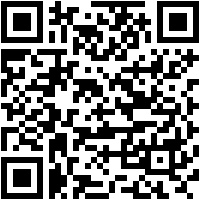 Trigger build of Jenkins from Remote or AWS UserData